How To Write a Craigslist Ad 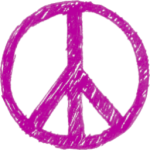 In this edition of How To (X), the author of the blog will detail the inception and creation of an advertisement on the internet website Craigslist, whilst the whole time referring to himself in the third person.

In order for a sale ad on Craigslist to be successful, one should read the following guidelines carefully:

The author has had a fair amount of experience with Craigslist, and he feels confident that these tips will aid in the production of a successful sale ad. The rules for a wanted ad differ slightly. In fact, they are altogether different.

Feeling that these suggestion will prove invaluable, the author offers a kind “you’re welcome” to all of the “thank you”s that are certain to come flowing in.

Unsubscription Survey (this is why I don’t give relationship advice)

My friend and I were talking the other day, and we’ve decided that a survey could be quite applicable in certain circumstances. When answered honestly, surveys can be quite helpful. When answered dishonestly, well, let’s just say that I didn’t hear of your company from the Easter Bunny.

The certain circumstance were were discussing, however, was the cessation of a relationship. Bonus points for diplomatic phrasing. Wouldn’t it be awesome if you could just send your ex-significant-other a form and ask her or him to fill it out? I mean, it works for KFC.

Luckily for you, we thought of a few questions that might go well on such a survey! Me, being the geek that I am, decided to create a form just for that purpose. (Notice that I said create, and mentioned nothing about implementation.)  Feel free to use this whenever you wish. It’s downloadable and fillable on the computer.

View this document on Scribd

Honestly, I think people should be allowed to marry in whatever style they wish. If they want to have a gay marriage, that’s their prerogative. Who wouldn’t want their marriage to be cheery!? I don’t see what the fuss is all about.

With all of the colorful rainbows, the happy signs, and the friendly displays of affection that occur during these  marches, I fail to see the degradation that supposedly occurs. Marriage is a happy occasion, and I think that fact should be recognized! That the case has gone to the US Supreme Court is, in my humble opinion, a very telling sign that the US is straying from her great traditional roots of rejoicing pilgrims, rebellious colonials, and brothers slaughtering each other because of the slave trade.

This issue is clearly distracting us from the important issues of increasing our government’s debt, making Middle-Easterners angry, and continuing to poke the North Koreans. Maybe the gay-rights activists should be marching in those countries, promoting peace and happiness!

Anyway, in the words of that famous Christmas carol, I’m off to don some gay apparel.

Editor’s Note: It has come to our attention that the word “gay” may be used in more than one way. Please rest assured that we are performing every action necessary to determine the proper use of the word in question.