The following post is a mash-up of all of my drafts. They are not meant to, nor do they, make a whole lot of sense. Enjoy.

To the people of America, not including those not residents of the United States and the Virgin Isles, I bid you good morning. It is with great pleasure and pride that I stand here to address you this evening. 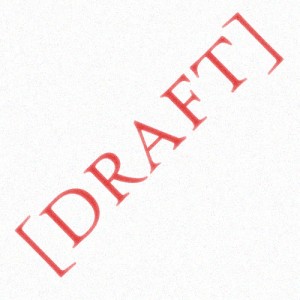 Those words are funny, are they not? They can lead to one or several of a nearly infinite pool of results. They could prompt destruction, or they could forbear the tidings of an unheard-of miracle cure. They could bring about a completely ridiculous idea, or they could hearken the coming of a perfectly marvelous proposition. This is bound to be of the former.

What if blogs were sentient? You know, they could could think thoughts and feel emotions. What would they say? Could they learn from the others in their realm, or would they be limited to the input provided them by their owners? In a way, any writing is alive through its readers, especially when the ideas contained within prompt discussion and debate, but what if the blog itself could observe its readers, form opions on its contents, and think about world events? What would it say?

I was going to write an article on hipsters. In fact, it was even requested of me, but I found the task inconceivably difficult, nigh insurmountable. Being the lazy chap that I am, I decided to write something vaguely close.

Everyone should have some taste of the nerd culture at some point in his or her life. Nerds are everywhere, especially in their natural habitat: the internet. To effectually know what a nerd is talking about, one must first understand several key concepts and phrases. I have compiled a list of said items.

The knowledge and even usage of certain nerd culture terms does not make one a nerd; many people will mix in references to popular nerd culture in their regular conversation. Let’s start off with the most basic of nerd languages, 1337 5p34k (leet speak).

1337 can be fairly inconsistent, as the language is not “officially” regulated. The goal is to substitute as many common roman letters with numbers or symbols. The language can be fairly cryptic; for example, if I wished to write my blog name as ><4n7|-|u5|<1|)|), this could easily confuse someone not familiar with the regular text name.

Moving on, many tv shows and movies contain token lines and items that are commonly referenced by nerds. Doctor Who, Star Wars, and Star Trek are incredibly popular examples.

The time, my friends, has indeed been long since we last discussed the theories and principles that govern the common views of food. The psychological influences and contributors were discussed in the last installment, but this post aims to bring the focus back to the theological. This article will focus on certain doctrines held by the believers in one true Chef.

Unfortunately, much contention has always existed amongst the followers of the Chef. Two chief factions of the Chef-followers have emerged.

Once upon a time, in a little metropolis, there lived a woman and her only daughter. Her daughter was a very kind little girl; everyone in the apartment complex loved her. She was given a red hoodie with little green zipper pulls when she was little, and that shirt and her iPhone were her constant companions throughout life. In fact, she was known throughout the community as Little Red iPhone Hoodie (or simply Red, for short).

As with all young girls of her age and era, she loved silly bandz, Apple products, and other shiny things. Unlike most of the children her age, she was very nice-tempered and kind towards others. One day, her mother asked her to take a new pair of headphones to Red’s grandmother. The girl obligingly complied, for she knew that there were many silly bandz shops along the streets on the way to her grandmother’s house. So, Red started on her way, looking at silly bands and finding all sorts of pretty things in the shops.

I have a confession to make. I HATE (with capital everythings) the crunching sound of people eating.* This isn’t just a petty annoyance or a minor peeve. This is a major thing. The real deal. An Article of Maximum Disturbance. You know that scene in Return of the King in which Denethor is munching on some snacks whilst Merry sings to him? That is my least favorite movie scene of all time. The foley is disgusting and disgusts me. Needless to say, I was disgusted.

Now, I’m pretty bad at ranting; in fact, I’ve pretty much run out of things to say, but here is a list of unforgivables–things that could get you banned from this blog. FOREVER.

And that’s all he wrote.

How To Classify a Geek

So, you want to classify that nerdy kid that sits next to you in class? Perhaps you want to figure out that guy that works at the computer store.  Maybe you wish to learn more about yourself. You’ve come to the right place!

The term geek is thrown around quite a bit, often in a derogatory manner. I thought it would be nice to disperse some of the confusion surrounding this term and bring to light some of the smaller nuances and discrepancies of its use. This term is actually quite inclusive and has many subsets. Let’s take a look at some of the groups…

The Common Geek:
Often thought of in a negative light, the common perception is that this person will be male, scrawny, glasses-sporting, and socially awkward. Unfortunately, this stereotype is often correct. Now, before we jump to the conclusion that all common geeks are this way, let me state that there are exceptions. The only actual requirement for being a common geek is a love for some type of technology. Therefore, many doctors, scientists, engineers, and even pilots are geeks.

The Gamer:
Gamers tend to come in two flavors. First, there are the loud, obnoxious, and socially awkward types. Then, there are the quiet, reclusive, and socially awkward types. Whilst the label “Socially Awkward” is here applied, it must be noted that many gamers are avid socializers. Their preferred method of human interaction is via LAN parties, the Internet, and, of course, gaming chat interfaces. Gamers will love all things shiny. They love pretty graphics, fast computers, and new releases. Gamers love to have the best, latest, and newest of everything. Everything in life is usually assigned a priority, much like in an RPG (Role Playing Game.) Get food +5, go outside for air +1, complete three more quests in Skyrim +23. Often, gamers will not care as much about the hardware of their computer as its performance in certain games.

The Computer Geek:
Guilty as charged. The computer geek is a lover of all things electronic. Computer parts, microcontrollers, solder guns, LEDs, and Potentiometers, there is nothing that runs on batteries that a computer geek can resist tinkering with. Or destroying…The computer geek will often have at least two computers–one of which he built himself. He doesn’t care as much about performance as he does about customization. Everything is custom, from the UI (User Interface) to the mousepad.

The Innocent Geek:
This person is truly a unique and interesting individual. The innocent geek seldom realizes his true level of geekiness; if he does, he just doesn’t care. This person will flaunt his knowledge, talents, and geekiness for the whole world to see–not because he is vain, but merely because he doesn’t think it’s abnormal to know the firing-rate and name of every blaster used in Star Wars. The innocent geek can be a great companion, especially when he is willing to learn and try new things. Hey… wanna try levitating granite? It’s fun!

The Artsy Geek:
This geek is one of the most socially acceptable of the geek family. Often, the geekiness of the person is not even known until the area of infection is broached in conversation. The art geek can focus on anything, but tends to fixate on the tools just as much as the medium. If it is photography, the geek will love all things camera. Be it art, the geek will be constantly focusing on new styles painting or the newest Wacom tablet. Here the concentrations begin to converge and overlap, as is often the case. See Computer Geek. If the area of interest is literature, be warned! Once a conversation is started upon Lord of the Rings or Harry Potter, the clock may seem to move much slower than is normally its habit.

The Female Geek:
A bit more rare, these are the most unique of the lot. The female Geek will often be socially shy, but not awkward unless she desires to be. Please note, any of the above geeks can be female, it is just more common for the female to stand apart from her male counterpart. The female Geek is often characterized by her vast knowledge of fictional lands or works. Complete knowledge of the characters and plot of Star Wars, Star Trek, Doctor Who, or Lord of the Rings is not uncommon. Often, the female geek will be fluent in a fictional language–most commonly Tolkienian Elvish or Dwarvish.

That covers most of the main types of geeks. As I stated in the common geek explanation, anyone with an overt love for anything can become a geek in that area. Bicycle geek, donut geek, music geek, lawn mower geek, pop tart geek… I digress. Now you know what to look for. Do you know any geeks?

Disclaimer and other assorted footnotes:

Perhaps a quick explanation of the difference between a Geek and a Nerd is in order. Actually, this has been the topic of much debate, and I merely used the safest assumptions for the guide given above. Hover your mouse over the terms Nerd and Geek to get an idea of the definitions of each, as given by the Oxford English Dictionary. As seen from the definitions, there is little difference in the terms, and therefore only cultural references to distinguish the two. it appears that nerd can formally refer to an expert in a field, but culturally, nerd tends to be a more derogatory term directed at science, math, and computer techies.
Perhaps a clarification of the term “socially awkward” is in order. Often, it is expected that people interact with each other via verbal communication. Unfortunately, there are those who have trouble expressing themselves in a way that matches the normal conventions and expectations. Usually, it is the topic or manner in which the conversation is held, but it is also sometimes merely that the person who is awkward does not want to hold a conversation. Thus, socially awkward is the inability to, lack of desire to, or ineptitude in speaking with others in normal topics and conversations. No! I don’t want 8 Pop Tarts… I want 12, I want 12 of them! Click here if you have no idea…