The letter had the strangest effect on my person. I really hadn’t anticipated it. My mood was foreign to me, though I couldn’t identify it when I tried. I looked at my soul through a window made of mud. I felt numb, and in my numbness, I felt nothing.

Perhaps now, looking back, I can more easily identify why it was that the letter struck me in such a fashion, but at the time, I really was at a loss. I do remember how everything fell out. The morning had been a nice one. The clouds were heavy that morning, but only in spots. It was one of those days when the sky looked like a river bed. The clouds were large and rounded and similar but not homogeneous. They promised rain, but their promises were empty. Maybe next time, they seemed to say, as they glided down the sky towards the places they were destined to go. Do clouds have destinies? Perhaps. I’d like to think they do. It gives one a sense of something greater… but that’s not a discussion for today.

The clouds passed over as I stood outside. The shadows at times made me a bit dizzy as they explored the terrestrial realm. I had woken up late that day, and the coffee in my mug was still warm. As I looked through the garden, I noticed a new plant. I shook my head a bit to clear the sleep, for I felt that I must have been imagining things. The tiredness was quite gone, though the plant still remained. I knew for a fact that it hadn’t been there the day before. I was an avid gardener, and there, amidst the various sedges and asters was a taller plant that had decidedly not been there. I moved closer to examine the stem, for only one stem came out of the ground. Around the stem rose broad leaves, rather like an orchid. I looked closer, and I realized that the leaves were fleshy, like a succulent’s. I took a leaf between my finger and thumb, and the plant shuddered from the impact. A dark spot appeared on the leaf. I frowned at how easily it bruised. The flower bud near the top of the stem was looking as though it would bloom at any moment, so I decided to go in after my camera.

The walk from the garden to my house was short, but I caught my breath as I walked into the dining room. On the table, next to my camera, sat the letter. Perhaps I should mention that other than a stray cat who sometimes wandered by, I lived alone. I quickly glanced around the room, but no one was there. A cursory, fruitless, search of the rest of the rooms in my house did nothing to ease the sudden feeling in my chest that spoke of danger. I picked up the letter and began to read.

“I’m sorry, but I’m afraid that I must tell you that [she’s] dead. I know this will reach you a bit late. I hope you find consolation in that she died while doing what she loved. The following is a picture of her latest finding. She named it Hemaflora.”

Contained within was a photograph of a flower. A gorgeous flower. It looked like an orchid, but the face of the bloom was entrancing. It told stories with its look, but I didn’t care about that. I only stood and gazed at that photograph and letter. She finally died. Of course, she had died to me years ago. That day she told me that her travels would give her more than I could, but now that finality was real. Now the anticipation of something that couldn’t be, that hopeless hope of a life unreal, it was gone.

I’ve told you already of how I felt. I don’t think that would do me or you much good to repeat. I didn’t tell you, however, of what transpired later. I had gone back outside to try and clear my head. The letter was in my pocket, and I gradually gravitated towards the spot where I had earlier found that new plant. Once again, for the second time that day, I started. It was, as I then perceived it, the moment of most clarity in the midst of my depression, but I now question the reality of it at all. The bloom that sat atop the stem was gorgeous and complex. The gaze of the orchid (for I knew not what to call it) seemed to look into my heart. I sat for the longest time, looking at this flower, and eventually, I removed the letter and photograph from my pocket.

I studied the paper for a little while longer, and then I began to tear up the letter and photo together. I scattered the pieces in the garden and turned back to the flower. It shuddered slightly, and then began to rend. A feeling of utter despair washed over me as I watched the bloom begin to drip a dark red substance from the tears that appeared in its flesh. It looked, if a flower can look such, as though it had felt the worst feeling possible, and then it gradually wilted down into a pile of bloody stem and leaves.

Hemaflora, I thought. That’s what she called it. I imagine I won’t see it again. To this day, I haven’t, and sometimes I question if I ever did.

Tell me what you think! Cancel reply 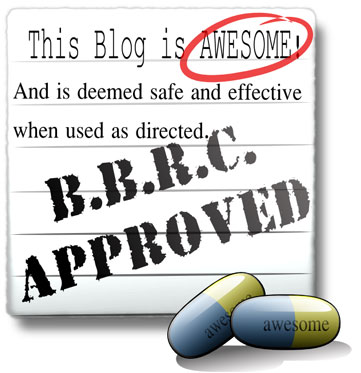